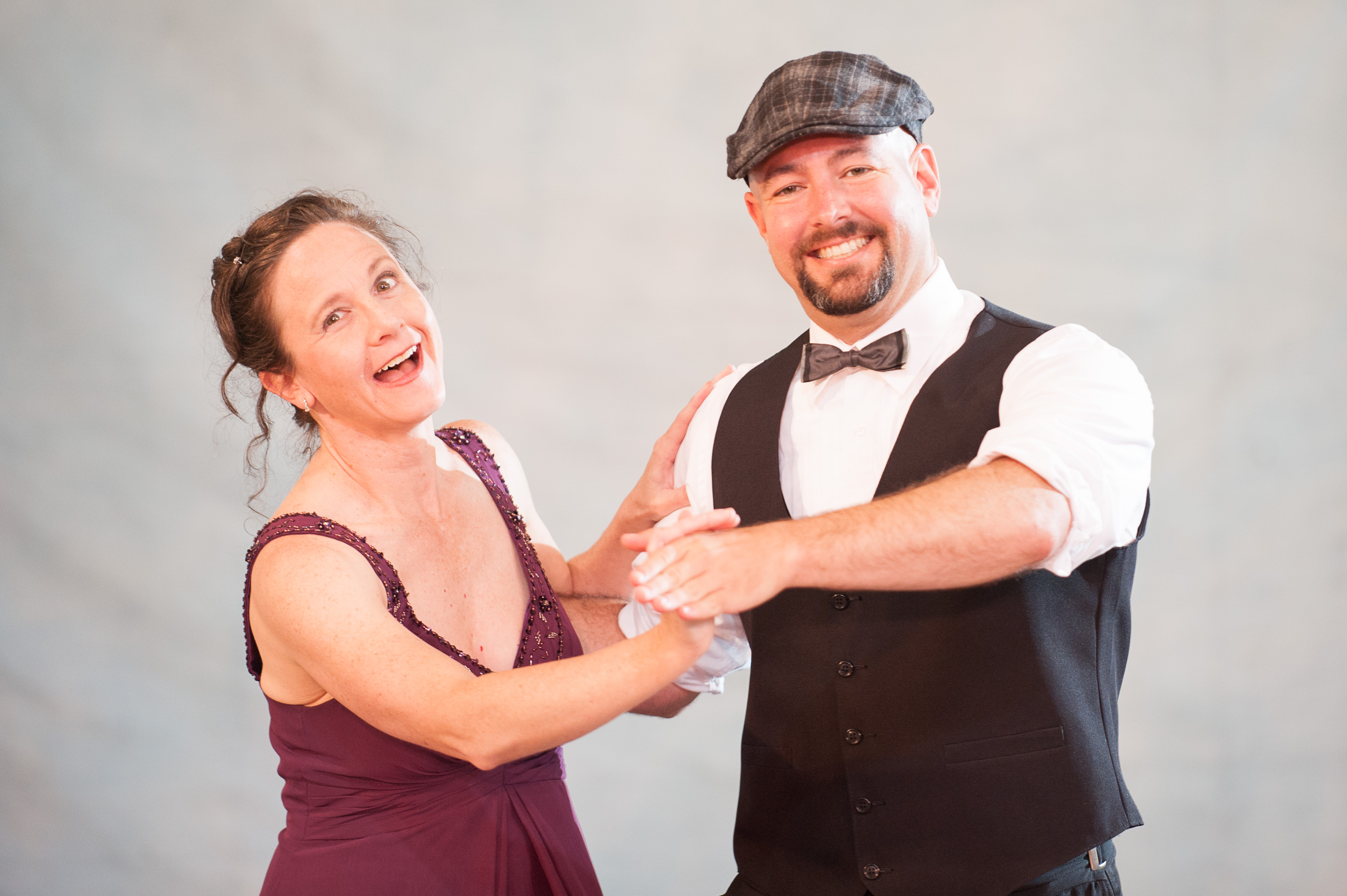 East Coast Swing traces its roots to Lindy Hop, created in the 1920’s in Harlem.   By the early 1940’s, the Lindy Hop was tamed and simplified by dance schools to become a ballroom dance called 'Eastern Swing', later changed to 'East Coast Swing' in the 1970’s.

East Coast Swing is distinguished by its bounce, rock step, and swinging hip motion.  It is primarily a stationary dance, sometimes switching between a circular and slot action.  It is also versatile, working with a range of tempos and musical genres.  Anyone can learn to swing!