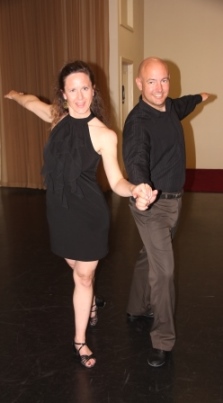 Originally known as the Cha-Cha-Cha, it became popular around 1954.  Cha Cha comes directly from the Mambo.  In slower music there is a distinct sound that the dancers started accentuating, eventually creating a separate dance.  This dance consists of three quick steps (triple-step or ‘cha-cha-cha’) in-between forward and backwards weight-changes. Reportedly cha cha got its name from the sound of women’s shoes shuffling across the floor.

This dance is meant to be lively and fun, so relax and let your personality show!