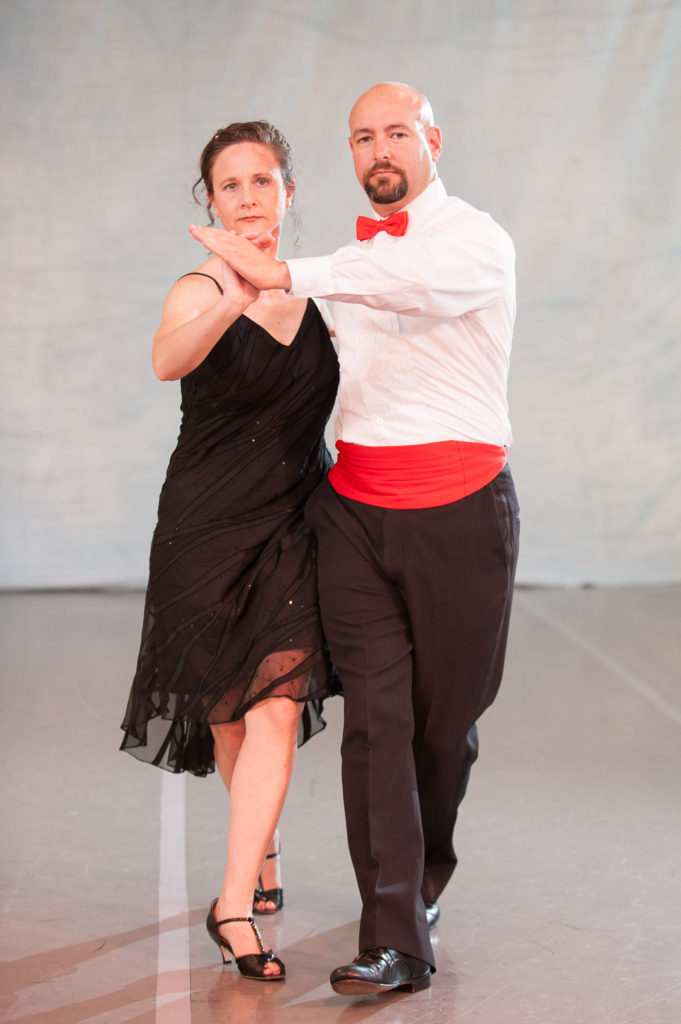 Tango was born in Buenos Aires in the late 19th century.  The "American" style that we teach is a  simplified version of Argentine Tango, intended for mass consumption, eventually standardized by Arthur Murray in 1922.  Before long it was being influenced by famous dancers of the stage and screen. It was this influence which contributed the most to American Tango's flamboyant and theatrical character.

Unlike the walks of other ballroom dances, tango walks, have a "stalking" or "sneaking" character.  Movements are sometimes sharp and staccato, such as a quick foot flick or a sharp head snap.  It also has the unique dragging step done on the inside edge of the foot during the "Tango-close" figure.  Appropriate music has a strident, almost march-like beat.

In Argentina, tango is more than a dance, it is the language of romance, a push & pull between partners that is ever changing and unpredictable.  To tango is to learn how to communicate in a relationship.  After all, "it takes two to tango".