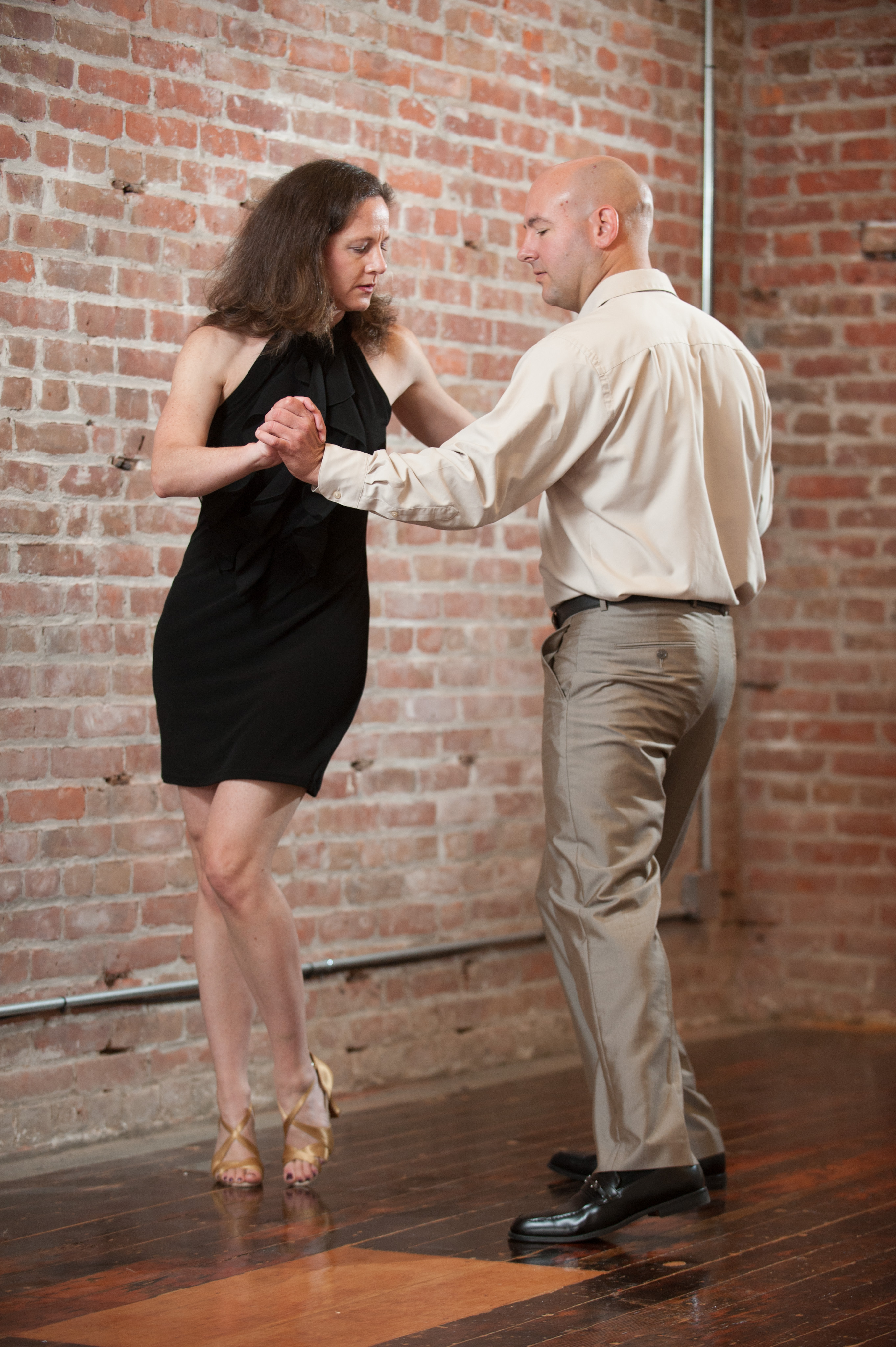 In Cuba, the Spanish dances, music, and culture converged with the African slave rhythms to create new styles and rhythms. The Son, the popular dance of middle class Cuba, was one of the dances to emerge from this convergence.  The American Rumba (officially established in 1955) is a modified version of the Son.

Rumba is known for its Cuban Motion where dancers produce a very subtle tilting of the hips by alternately bending and straightening the knees, giving Rumba its sensual look and romantic feel.   This is one of four dances that we teach to use the ballroom box, the others being Foxtrot, Waltz, and Samba.

A surprising number of Pop/Rock songs use a Rumba rhythm.  That love song that you want to slow dance to?  It very likely could be a Rumba.